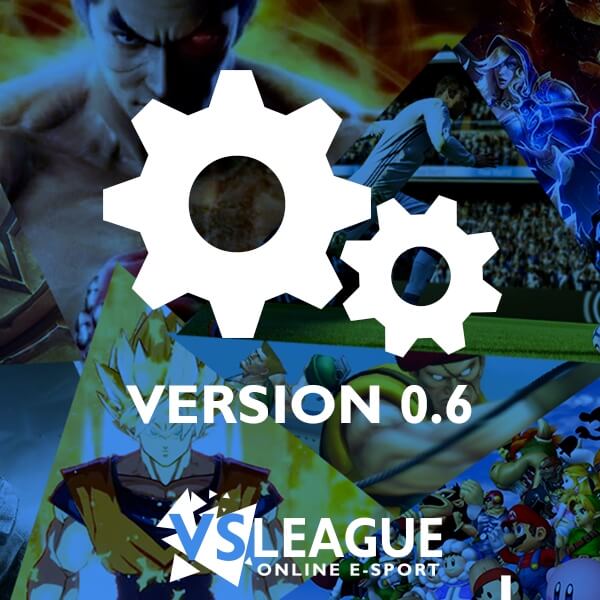 Major update on the VSLeague roadmap, here is the regionalization entering the ring, but not only! Here is the full menu:

– The whole technical architecture behind VSLeague has been changed and reworked (expect some latencies and a few bugs until we fix them quick!).
– Scroll bars have been updated throughout the site, allowing better navigation and unification of the style of scrolling bars on all devices (desktop and mobile)
– Removal of unused CSS and Javascript resources
– CSS and Javascript resources optimization
–  Titles styles uniformization
– Moved the cookies warning popup at the bottom of the site view, to avoid overlaping with certain information messages
– Replacement of the tabs system previously used by a new system adapting to all devices

– The regionalization of the leagues has been implemented. Each region can now have its own league instances. Two zone scales have been defined to bring together at the same time national leagues as well as supranational leagues grouping groups of countries.
– Until the end of the beta version of VSLeague seasons will still be created by the administrators. Starting from the Gold version, the deployment of the seasons on each region will be automated (yes, it will make a lot of leagues! :))
– The current seasons are converted into a special “beta” zone. These seasons will remain accessible to the same regions as at present (Europe + North Africa) and will be keeped for the posterity of beta testers of VSLeague!
– Fixed a problem blocking the rules duplication from one season to the next

– Minor graphics adjustments on the list of team members

– Improved support for removed VODs from Twitch or Youtube to prevent them from distorting the site layout
– Added a link on the title of the videos, to navigate to the corresponding match sheet
– Graphic improvements on the VOD modules on the profile, game sheet, game page and VODs widget (dashboard).

– Add a background behind the registration form